This is my second look for the 2014/15 regular season at which teams have been hit hardest by injury/illness by trying to place a value on the games missed by players.

The concept again - multiply each game missed by a player by his 2014/15 cap charge (including bonuses), then take the aggregate of these figures for each team and divide by 82. This indicator of value lost to a team by injury/illness is called CHIP (Cap Hit of Injured Players).

This analysis covers every team up to its 20th game only. (Following from the 10-game analysis.)

Alternatively...
Again, for a different indicator of player "value", I've also illustrated a similar metric based on TOI/G alongside the CHIP numbers.  Clearly, neither cap charge nor TOI/G are perfect measures of player value (whatever Anton Strawman might claim), since each have a number of limitations and inconsistencies, but they provide a decent comparison and the results do vary somewhat.

A quick summary of the alternative metric:
[Click to enlarge any image]

The figures...
The table below shows: 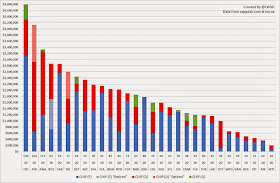 The same for AMIP (teams in the same order as the CHIP chart for ease of comparison): 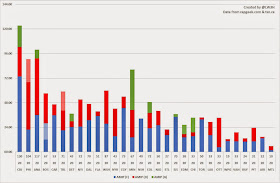 10 second analysis...
The next lists are the top 30 individual CHIP and CMIP contributions: 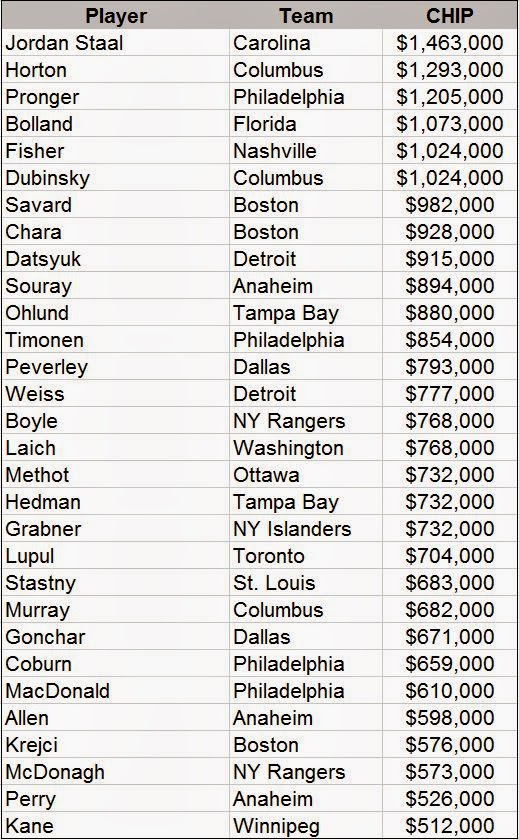 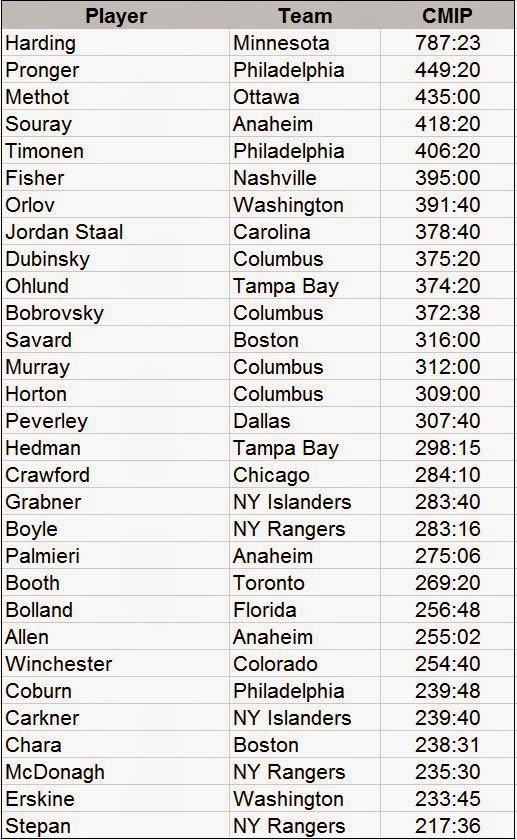 Tough to see how teams can replace all those lost minutes from guys like Jesse Winchester, Matt Carkner and John Erskine.

Where does it hurt?
This is another update of the crude injury-by-location analysis. Again, I’ve just used the descriptions found in the player profiles on tsn.ca, so the figures will encompass all the inaccuracies and vagueness within them. It should give a broad indication, if nothing else, though.

Finally, a first look for this year at the Evasiveness Index.  This is basically the proportion of injury instances for each team that have been described as either "Undisclosed" or the helpfully pointless "Upper/Lower Body" in the same TSN profiles.  I have made no judgement about whether the many instances of "Illness" (i.e. concussion) or "Flu" (i.e. concussion) other than those contracted directly from Corey Perry should also be included, 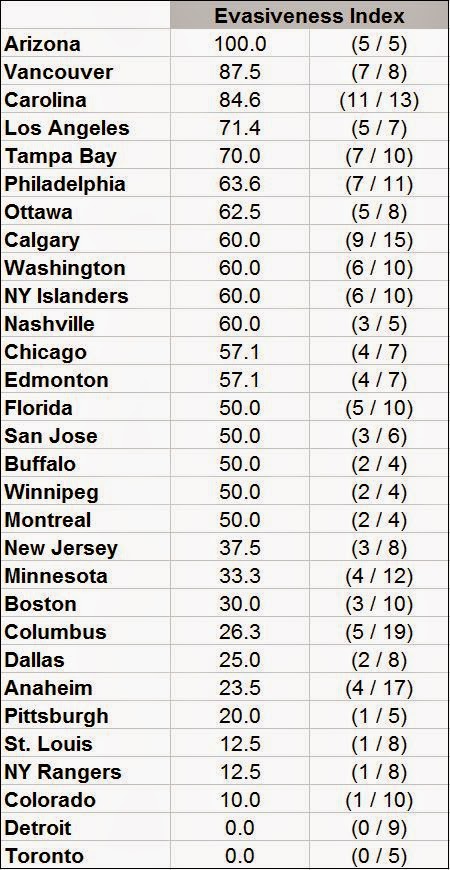 Arizona and Carolina at the top and the four teams at the bottom where they always tend to be. Still early, but the new regime in Vancouver seems to have led to a shift in their position. That'll change once Mark Messier takes over.